I’m back with another post! This time I wanted to let in on what it is really like being a Film Student at University and all the tips and tricks you would need to know if you are thinking of taking Film Production as a degree. 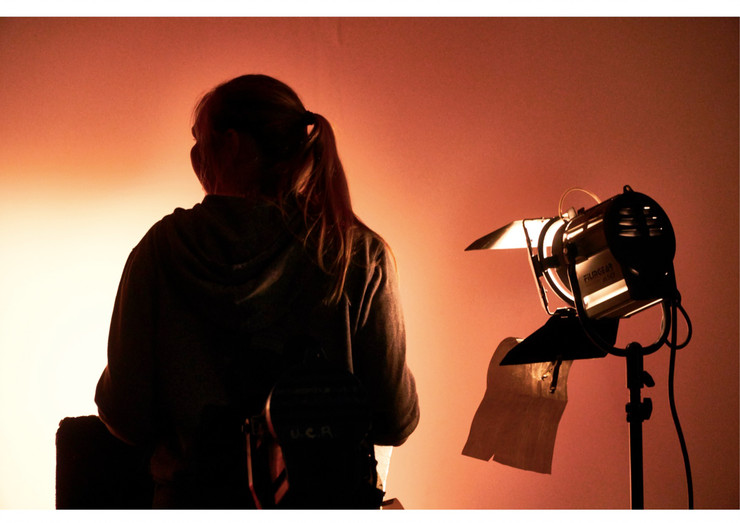 I’m currently in the first term of my second year at The University for the Creative Arts studying a BA in Film Production. Although I haven’t completed the course I feel like I have a decent understanding of what it is like as a subject to study so I hope I can give some of you aspiring filmmakers a little bit of an insight.

I can only really speak about my specific course and this will vary between universities so make sure you bare this in mind before this influences your decision on whether to take this as a subject or not!

This one is something I am battling with right now! Although I’m in my second year and all my friends taking different courses seem to have a solid idea on what they want to do post-grad I’m still sat here without a clue.

Everyone wants to be a Director

This one is soooooo true, especially during the first year. On our course our first year we haven’t got set roles as such. As a group, we had to discuss and set our own roles and as predicted the role of the director was constantly fought for. Fortunately for me, I have never seen myself as a director and I tended to lean towards the least popular option (aka producing) which seemed to work in my favour.

Your University Films will be a bit s***

I started University with the expectation that everything I make from that point was going to be AMAZING … I’m now a University student ya know. I couldn’t have been more wrong. Just accept now that more likely than not everything you make particularly during the first year will be a little bit s***. Many of my first year projects I have buried to never be seen again because of this. Even though I’m not happy with them though I still managed to pass all my modules so even if you’re not 100% happy with the project outcome try not to overstress about your final grade especially in the first year!

There is A LOT of work

This seems to be something that is overlooked when you’re taking a creative subject and you’ll probably find your friends taking more academic subjects disregarding your subject choice as ‘hard work’. I can tell you now that it is tough! You have to work to deadlines in ways that those taking academic subjects wouldn’t understand and depend on which route you want to take film can become a very academic subject. It requires a mixture of academic skills which overlap with many subjects considered academic such as: psychology, sociology, physics, chemistry, maths & English.

Say goodbye to having a set Schedule

This is the one thing I have struggled with the most! Especially living at home about an hour away from my University. When studying a subject reliant on group work be prepared for attending last-minute meetings, sudden short deadlines & timetable changes. My university course, in particular, is very different from that of my friends at other universities or on other courses as no two of our weeks are the same. This is supposed to prepare us for the unpredictability of the industry but is a pain when trying to balance university, studying, home & work life.

Yes it’s hard work and can be extremely stressful it is a lot of fun just like it should be! As long as you get yourself specialising in an area you LOVE you are sure to have a great time whilst studying film. There’s nothing better than being on set and seeing the piece you have been working on coming together!

So those are a few of the main things that stand out to me being a film student and things to bear in mind when deciding whether to study Film Production as a degree!

Also quick question and one that I have been deliberating on for a while now! Would you guys be interested in seeing youtube videos from me talking about life as a university student, living free from and travelling? If you would let me know in the comments below! It is something I used to do years ago and recently have thought about starting back up again.

Follow me on Bloglovin’  to easily see whenever I post! Also are we friends yet on Instagram? It’ll be lovely to see some of you over there @jessicabensonn_

One thought on “What is Film School really like?”

we only went and handed our dissertations in! I’m so excited for this all to become a DISS-tant memory. seriously though, i’m so proud of these girls for all their hard work over the last few stressful weeks 💜 only a few more before the films will be completed too and we won’t have a clue what to do with ourselves 😅 #dissertationdone #weareUCA @unicreativearts
there’s nothing I want more than to be out exploring again. even if it does mean being outside in the freezing cold 🥶❄️
I can’t believe there’s only a matter of hours left of 2019 • This year has has been testing to say the least but I have grown so much because of it. 2019 has taught me the importance of saying yes to every opportunity that knocks on your door, how it is down you and only you to influence your future and the importance of surrounding yourself with those who inspire you to improve everyday. I am extremely grateful for the experiences that this year has given me. My first internship, screening a short film I spent the summer producing in London, a successful year at University, turning 21 in Paris/Disneyland and travelling across Europe with my best friend by my side 💜 • This time next year my life will have changed completely having graduated from University and making the next steps working toward my dream career. I look forward to the big scary year ahead (which I am sure will consist of many a breakdown!) and I hope my family and friends all have a successful year full of health, happiness and self improvement 😊
happy christmas to all of my wonderful friends, family and followers • i’m looking forward to a day full of rest, food and family time 💖
at least sitting in front of snowmen makes me look slightly tanned ⛄️❄️ lets just ignore that this is my first post in three months and accept the fact I have been super busy, third year is killing me slowly!
winery shenanigans 🍷🍇
The perks of rain! Who’d have ever thought I could snap a picture in front of the cathedral without being surrounded by other tourists or pigeons ☔️🐦 [📷: @estreet742]
Wishing the return of that holiday vibe ☀️ Now I’m back from Italy it’s time to return to reality and the preparations for third year to begin. I hope you had the most amazing time celebrating your 21st Birthday in Italy @estreet742! I love you lots and thank you for sharing it with me 😘 [📷: @estreet742 ]
Currently on the train on the way to Milan. Our final stop before heading home this evening. I am very sad to be leaving Florence today it is still just as amazing as I found it the first time and I would definitely put it down as my favourite place I have visited so far in my life 🇮🇹 It’s been a crazy week, a lot has happened and we definitely have some stories to tell making this an extremely memorable trip. I am very much looking forward now to a couple days rest, my own bed and snuggles with the kitties when I get home this evening 🐱